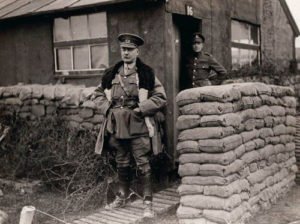 I have two exciting books coming out this year; with Heritage House – An Artillery Commander in the Great War: Major-General Sir Edward Morrison 1914 – 1919 and Hell Burned Through: Dave Mould – The Illustrated Tales of a Lancaster Rear Gunner for the Bomber Command Museum of Canada. An Artillery Commander is set to launch at Beechwood Military Cemetery in Ottawa, along with the unveiling of Morrison’s restored grave marker on 5 November 2017, the centenary date of the Passchendaele Battle. Hell Burned Through will launch this summer, date to be announced.

Want to join the discussion?
Feel free to contribute!

This site uses Akismet to reduce spam. Learn how your comment data is processed.